Jeez, I go away for one measly week and suddenly everyone in this community has had embryos shoved in them, gotten BFPs, had their uteruses scraped, discovered who their real father is… OK, not that last one, but I wouldn’t be surprised at this point. What I’m saying is: Many apologies for my lack of commenting — honest to god, I really do care who your real father is, but the Internets have only semi-immigrated to Iceland and this made checking up on y’all these past 10 days not the easiest of tasks.

To answer your first question: I did not see fluffy ponies with beards while in Iceland, but I did see a lot of very pretty ponies. I also did not encounter any puffins because that required spending 1.5 hours on a boat, which I didn’t think was worth it, so my only puffin sighting was on my husband’s plate for dinner one night (and it was disgusting). HOWEVER, despite not achieving these goals, I had an amazing time in this weird, weird country. Our first stop was the obvious first stop, the Blue Lagoon:

It was the perfect way to de-jetlag ourselves. The water is warm without being dangerously hot, there’s a swim-up bar offering blue drinks and face masks made with volcanic ash and silica, and the surroundings are, as you can see, pretty darn stunning. So as not to bore you with a virtual slide show of our vacation, here are a few more quick pics: 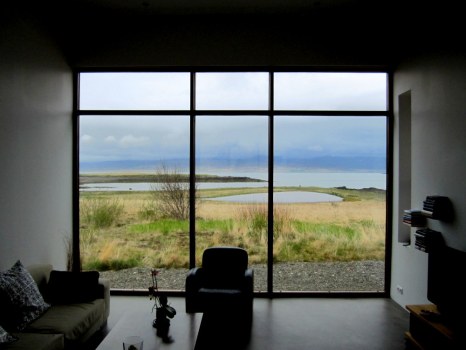 This was the first house we rented, about an hour or so north of Reykjavik. Found it on Air BnB and highly recommend it. 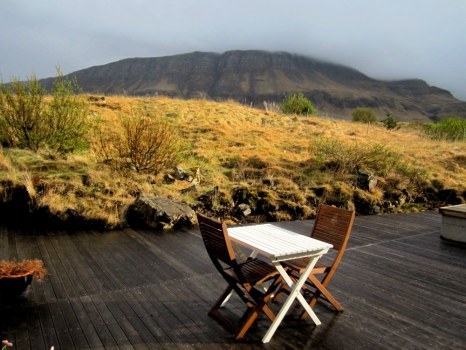 This was our back patio, and what you see here is about as dark as it ever got in Iceland. The sun stayed way up in the sky right through the night, which you’d think would be kinda neat but was in fact mildly torturous.

This was our second place, about 2 hours south-east of Reykjavik, not far from the active volcano Eyjafjallajökull. Also an Air BnB find.

One of our hikes — those little white specks are sheep with a death wish. 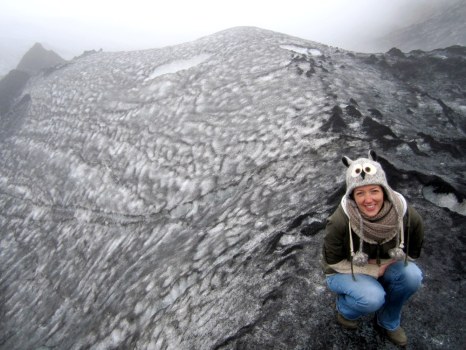 And this is me, perched on a volcanic glacier (the black stuff is ash), NOT wearing the recommended crampons and therefore getting visions of my OB asking, post-tragedy, “And remind me, what made you think it was a good idea to go hiking on a glacier in a foreign country with inappropriate footwear while you were five months pregnant?”

As a so-called babymoon, it was a resounding success — there were a couple times when I started feeling hungry to the point of wanting to devour whichever sheep next crossed my path, or insanely fatigued to the point of asking my husband to “go on without me”, mostly on account of all the hiking we did, so I took it a bit slower near the end, but the little creature inside me kept moving around, which was immensely reassuring.

To answer your second question: Yes, I have calmed down a bit since our anatomy scan and minor scare about isolated echogenic bowel and it being a marker for reams of scary diseases. All my tests have come back negative — except we’re still waiting another couple weeks for the Cystic Fibrosis one — and I’m just trying to cling to the fact that my baby looks and seems healthy otherwise. Also, while we were in Iceland, we stopped in at a local farm and arrived just in time to see a lamb being born! I’d never witnessed anything like this before and it was amazing, and I took it as a sign that everything would turn out OK. Yes, fine, we also ate lamb that night for dinner, but the sign is still valid, dammit!

Lastly: I am finally starting to show (well, at least after three meals and lots of fizzy beverages), so I will post a 20-week bump pic at some point soon. However, my plan to document my growing abdomen as it coincides with my changing bathroom isn’t quite going to work because… OUR BATHROOM IS DONE! Miraculously, our contractor whipped the entire thing off during the time we were away, so we just have to paint the walls and it’s finito. I know you’re all DYING to look at pictures of floor tiles (no, really, they’re beautiful), so that will be in my next post.

Now, onto you ladies — dust off those welcome mats because I’ll be popping by yer blogs unannounced in the very near future!