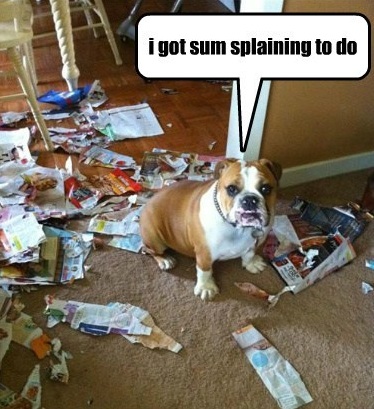 During my first visit to the fertility clinic, my doctor told me that when it comes to deciphering what’s preventing a woman from getting preggo, there are both macro and micro problems. Macro is the big-picture stuff — Are there functioning sperm? Are you ovulating? Are you a senior citizen who shouldn’t really be doing this in the first place? Are your tubes blocked? Then there’s the micro stuff that often goes undetected until the IVF stage — Do you have natural killer cells? Chromosomal issues? A missing protein in your uterine lining? Basically, I was told that, in my case, we were dealing with a micro issue. But looking back, I am pretty sure I know what it was: Itsy bitsy but super fucking problematic blockages in my fallopian tubes that were undetectable with an HSG.

Considering every single test I ever did was perfect, and I clearly am not dealing with repeat miscarriages or embryos that won’t implant into my lining, and considering that every single IUI failed, and that the only other time I got pregnant was with an ectopic, I’m almost certain that my problem comes down to my tubes. The difficulty with a saline sonogram is that it involves shooting water into the uterus and then, with some pressure, shooting that water through the tubes to check that they’re clear — and, well, this is hardly comparable to a teensie tiny egg making its way through. I would imagine that even the most microscopic bumps or scar tissue in a fallopian tube (that you wouldn’t detect with an HSG) would look like bloody Everest to your average egg and effectively prevent it from reaching its destination. And if it does get fertilized? Even worse, because it starts becoming stickier and stickier as the days go by.

So, why would I have a bunch of speed bumps in my tubes, you ask, especially if all my other tests come back with A+ on them? Well, my doctor-mom very bluntly informed me that I probably got chlamydia at some earlier point in my life when I wasn’t using condoms (thanks for the “freedom”, birth control pill!), had no symptoms whatsoever, and it went away on its own, but left scar tissue in my fallopian tubes. Not enough to fully block them (which is too bad, because in that case our provincial healthcare system would have paid for my IVF), but just enough to mess with me for two years.

Anyway, that’s my theory. And considering there are TONS of women out there dealing with “unexplained infertility” and the only way to test our fallopian tubes is by sticking a hose up our bits and turning the water on to full blast, I’m thinking REs should maybe look into this a bit more carefully, or at least skip to the IVF stage a bit faster when they get a patient like me (rather than doing 6 useless IUIs).

13 thoughts on “Explaining my “unexplained infertility””