Holy crapballs, how do any of you new moms have time — or hands — to blog?! I’ve opened up WordPress a dozen times and it’s only now, almost eight weeks after Max’s birth, that I’m able to do a quick update. I was going to elaborate on his birth story, but you know what? Forget it. Blah blah C-SECTIONS ARE INTENSE blah blah; that’s kinda the gist of it. OK, now before he wakes up and realizes he’s pooped himself, here are a few more current pics of the little man:

In the first 8 weeks post-birth, the two of us have:
– Walked through the park with other stroller moms and not been called out for being a fraud or even looked at funny;
– Breastfed in an art gallery;
– Attended fancy dinner parties at friends’ houses
– Had brunch at a restaurant… like, an actual restaurant;
– Taken the SUV stroller into rather tiny shops and cafés;
– Survived two weeks of daddy being away;
– Projectile shat on two of mommy’s girlfriends (um, that was NOT me)

The babe has received mail addressed to him (and I opened it, which I guess was maybe illegal, technically?), gotten a social security number and health card, been hashtagged on social media, taken lots of baths, conquered a yeast infection (what? boys? yes) and peed on a variety of objects. He’s transitioned into cloth diapers, has started smiling and cooing and staring at high-contrast images (then again, he’s also been known to stare at the blank wall next to the change table for minutes on end, so who knows, maybe he’ll be a paste-eater after all). Likes: Being in his wrap/carrier; the hairdryer; running water; stretching both arms up over his head upon waking from a nap; excessive bouncing. Dislikes: His adorable shark hat; kisses; sleeping in the bassinet; classical music. Longest stretch of continual sleep to date: 5-ish hours. Breastfeeding: Like a champ! This kid will suck on anything; pacifiers, bottles, nipples, fingers… and more! (Just kidding, not more).

Questions on my mind:

– I know we’re far away from introducing solids, but how do I do that? Do you still start with rice cereal? What’s this about introducing one new thing every few days? Can’t I just blend together a sandwich?

– Diaper rash: How do you prevent it, other than frequent nappy changes and zinc cream and “naked time” (read: DISASTER WAITING TO HAPPEN! HELLO?!)

OK, that is all! For now, at least… I have to go check in on some of you ladies (Stupid Stork, Burnt Toast especially) who’ve had some miraculous successes in your IVF journeys — so damn exciting!

This blog's title is a nod to a scene in Breaking Bad, where Jesse Pinkman is so impressed by his former chemistry teacher's skills in solving a meth crisis that he hollers, "Yeah, Mr. White! Yeah, science!" That's kind of how I felt as I went along the path to IVF and learned how just a few meds and some very smart doctors could actually create life from a pile of dusty, useless reproductive organs. Now, I'm parenting an infant and writing about it and hopefully not forgetting all that I went through to get here... Oh, and here's the Breaking Bad scene, if you want to watch. 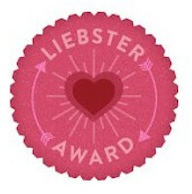